Wizz Air, Europe’s greenest airline*, today announces a new base at Doncaster Sheffield Airport, which will be the second base for Wizz Air UK, the group’s UK-registered and based airline, alongside London Luton. The airline will allocate one Airbus A320 aircraft to the Yorkshire airport, and will launch seven new routes to add to its existing Doncaster Sheffield network of ten routes.

Wizz Air’s first flight from Doncaster Sheffield Airport took off over 14 years ago, and since then WIZZ has grown to be the airport’s largest carrier, with over 1 million passengers every year flying on the airline’s ultra-low central and eastern European routes. With the creation of a new base at Doncaster Sheffield Airport, Wizz Air will launch new connections to destinations including the Spanish cities of Alicante and Malaga, Larnaca in Cyprus, Faro in Portugal, Lublin in Poland, Kosice in Slovakia and Suceava in Romania. Tickets are available now on wizzair.com or the WIZZ mobile app, with fares starting from just £17.99**.

With the creation of a new Wizz Air UK base at Doncaster Sheffield, Wizz Air will not only increase the annual capacity of Doncaster Sheffield Airport by 150,000 seats, providing local passengers with even more affordable and exciting travel opportunities, but will contribute to the development of the local economy through stimulating the job market. Today’s announcement will see Wizz Air create over 36 direct jobs and over 110 indirect*** jobs in the Doncaster area.

With the allocation of this aircraft, Wizz Air now has 11 aircraft permanently based in the UK, and the addition of these new routes from Doncaster Sheffield means WIZZ has almost 1.8 million seats on sale on its 107 routes from the UK for the remainder of 2020. The creation of this new base also follows on from Wizz Air’s recent announcements of new bases in Bacău, Dortmund, Lviv, Larnaca, Milan-Malpensa, Tirana, Saint Petersburg and the launch of over 200 new routes across the network since April 2020.

This growth comes with the new era of sanitised travel, with Wizz Air having led the industry restart by saying ‘yes to flying’ and implementing stringent health and hygiene measures to protect passengers and crew. Whilst the HEPA filters of all Wizz Air aircraft already filter out 99.7% of viruses and bacteria from the air, Wizz Air’s new protocols support physical distancing guidelines, ensure an ultra-clean environment on board and reduce any non-essential human interaction and physical contact, so that WIZZ passengers can feel confident that they are travelling to their destination safely.

Owain Jones, Managing Director of Wizz Air UK said: “The creation of our second base in the UK is a major milestone for Wizz Air UK, and testament to both our long term commitment to serving the UK market and the strength of the Wizz Air business model, as we continue to expand our footprint during this challenging time for the industry. We’re delighted to be introducing new low-fare connections to Doncaster Sheffield, to provide customers with opportunities to explore new cultures and cities, or return to their favourite holiday spots. The WIZZ team looks forward to welcoming customers old and new on-board our young and green fleet of Airbus aircraft very soon.”

Robert Hough, Chairman of Doncaster Sheffield Airport said: “We are delighted to bring more ultra-low fares to DSA, to these popular destinations loved by our customers and served by an airline who pride themselves on providing affordable travel, with an excellent reputation. With strong performance there is now a real possibility for the base to grow from one aircraft initially to a multi aircraft base further broadening the range of routes available.

“Our partnership with Wizz Air is incredibly special to our business. Both Wizz Air and Doncaster Sheffield Airport began their journeys’ in the early 2000s as challenger brands with a shared desire to provide opportunity for the people of our respective markets through obtainable travel. Fast forward 15 years and Wizz Air is one of Europe’s most successful and well-established airlines and Doncaster Sheffield Airport as one of the UKs fastest growing airports – it’s a true partnership that has gone from strength to strength.

“There is no doubt that the aviation sector faces its greatest challenge in modern day history at this time. It is essential that the UK Government acknowledges and supports airlines and airports that bring much needed investment into the UK economy. Doncaster Sheffield Airport contributes over £60 million to the Sheffield City Region and offers job security for thousands of people.” 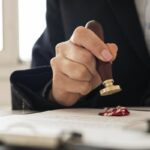