The Govt of Saudi Arabia on Tuesday announced that the validity of iqamas (residency permits), exit and re-entry visas, as well as visit visas of expatriates who are currently stranded in the countries facing travel ban, will be extended until Sept. 30, 2021, free of cost.

The free extension of the validity period of iqamas and visas granted by the finance minister at the directives of Custodian of the Two Holy Mosques King Salman is part of the continuous efforts taken by the government to ensure the safety of citizens and residents and to mitigate its economic and financial impacts on them.

According to the SPA, the General Directorate of Passports (Jawazat) has confirmed that the extension will be done automatically in cooperation with the National Information Center.

Recently Saudi Arabia has opened its doors to foreign tourists, and lift off the suspension of entry for tourist visa holders, starting from August 1, 2021.

It must be noted that tourists from 49 countries can now travel to Saudi Arabia for tourism purposes.

The country has been simplified for obtaining a multiple-entry electronic visa for a period of one year, allowing tourists to spend up to 90 days in the Kingdom. 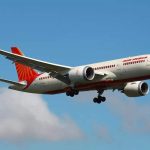