The Delhi government on Thursday has issued a ‘revised order’ on guidelines for handling of passengers from abroad arriving at the Delhi airport.

The revised order only mentions “paid institutional quarantine centers” as an option for the passengers while the previous order which is issued on Wednesday had given an option of either home quarantine or government quarantine facility, which is free. 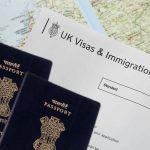