The Transport Ministry of Malaysia on Tuesday announced that it will halt the entry of Indian nationals and also suspending all flights between India and Maldives till further notice.

The Indian Embassy in Malaysia has also informed about the same and said Malaysia has imposed temporary travel restrictions on Vande Bharat Mission flights to & from India till further notice.

Consequent to Government of Malaysia’s decision to impose temporary travel restrictions to & from India, #VandeBharatMission flights would be suspended till further notice. Updates, as received from 🇲🇾 Govt., will be disseminated periodically.#staysafe #WeAreInThisTogether

Now, Malaysia is the latest on the list of nations, including the UK and New Zealand, that have restricted entry from India. Hong Kong and Iran also banned flights from India.

The country has also implemented strict controls for ships from the South Asian country docking at the nation’s ports.

Transport Minister Wee Ka Siong said in a Facebook post said that he has informed port operators as well as domestic and foreign airlines to comply with the decision by National Security Council following a meeting on Monday. The move takes effect on Wednesday,

Till now a total of 20 countries have suspended flights or puts restrictions on Indian travelers.

Also Read: Australia Suspends All Flights From India Till May 15 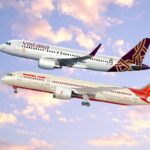