All of the large global U.S. carriers, including American Airlines, Delta Air Lines, and United Airlines, may soon require COVID-19 Tests For Travellers if the country adopts the recommendations of public health officials.

Airline trade group Airlines for America (A4A) backed a Centers for Disease Control and Prevention recommendation that the U.S. ditch blanket travel restrictions in favor of a mandatory testing regime for all arrivals, in a letter to Vice President Mike Pence on Monday.

In the letter, Airlines for America urged “to move ahead with recommendations to rescind current entry restrictions on travellers from Europe, the United Kingdom and Brazil as soon as possible. These entry restrictions should be removed concurrently with the testing program.”

The group supports Centers for Disease Control and Prevention (CDC) proposal to implement “a global program to require testing for travellers to the United States.”

“We believe a well-planned program focused on increasing testing of travellers to the United States will further these objectives in a much more effective way than the blanket travel restrictions currently in place,” the airlines’ letter said.

If the U.S. adopts the CDC recommendation, it would be the largest country so far to implement mandatory testing on international passengers.

The proposal is prompted by the reports saying that the White House was considering lifting restrictions that ban most non-US citizens from travelling to the United States from the 26 members of the Schengen area.

A testing-based approach to international travel is seen by many as key to reopening borders. The trade group the International Air Transport Association (IATA) has called for this since at least October when director general Alexandre de Juniac said testing would “allow governments to open borders without quarantine.” Such a move is seen as critical for global carriers that rely primarily on international travel to restart flights and begin recovering from the crisis. 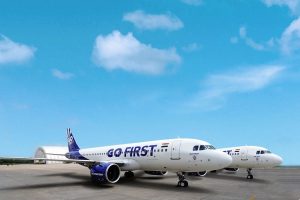