United Airlines, a major American airline on Thursday announced that it will resume daily flight service between Bengaluru and San Francisco starting from 26th May 2022.

It’s worth mentioning that the airline had planned to start Bengaluru-San Francisco flights in spring 2021 but the plan was interrupted due to the second wave of the Covid-19 pandemic.

The Bengaluru-San Francisco (SFO) route (service) is United’s first-ever nonstop service between Bengaluru and the US and United will become the only airline to operate a direct flight on this route.

Service from San Francisco to Bangalore connects two international technology hubs, the airline also said the new flight builds on the airline’s existing services from New Delhi to Newark, Chicago, and San Francisco, as well as from Mumbai to Newark.

United Airlines will deploy its Boeing 787-9 Dreamliner aircraft on the Bengaluru-San Francisco route, the aircraft has a total of 257 seats — 48 flat-bed seats in business class, 21 seats in premium-plus class, and 188 seats in economy class.

United Airlines said it offers more flights between India and the US than any other US carrier.

Vaccinated travelers may still be subject to local country restrictions related to quarantines, testing, curfews, and other requirements. Check our Destination Travel Guide for specific details. 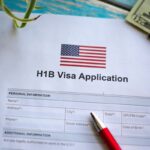