Soon, you may be boarding a train run by airline carriers like Spicejet and IndiGo. The Indian Railways’ is planning to rope in private players to run its trains has drawn the attention of few airlines as well as leading travel portal MakeMyTrip, said sources in the Ministry of Railways.

Two big players from the catering industry have also shown interest said the highly placed sources. Under this public-private partnership (PPP) model, railways will remain the owner of the train, while an outsider will take care of ticketing, catering, and cleaning and other services.

The overwhelming response from the biggies has prompted the rail ministry to put the plan on the fast track. Indian Railway will soon finalize the terms and conditions for private players to operate the trains before calling for bids. “This has been conveyed to the interested parties,” said a source.

The ministry has already indicated that 150 trains will be operated through the PPP model in the next four to five years. Some of these trains will run from Mumbai to places like Delhi, Ahmedabad, Aurangabad, and Madgaon. 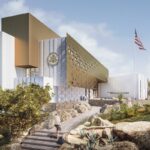