Qantas, Australia’s flag carrier and largest airline, launched a new route from Sydney to Bengaluru on Wednesday, making it the first airline to have a direct connection between Australia and Southern India.

According to the airline, QF67 will connect Sydney and Bengaluru with four services per week, complementing our four-times-a-week flights between Melbourne and Delhi.

The direct flight from Sydney to Bengaluru will significantly increase connectivity between India and New South Wales in time for the upcoming school holidays. It also cuts down nearly three hours off the current fastest travel time between the two cities.

Since the route’s announcement earlier this year, it has seen high demand, with both the outbound and inbound inaugural flights selling out in all cabins.

Many Australian and global financial technology firms have established major operations in Bengaluru, which is widely regarded as India’s Silicon Valley. The new flights will provide corporate and leisure travellers with nonstop service to the city, as well as connections to other destinations outside of Bengaluru.

According to the airline’s announcement, it will fly an A330 from Sydney to Bengaluru’s Kempegowda International Airport four times per week on Wednesdays, Fridays, Saturdays, and Sundays.

Qantas will continue to operate up to five flights each week between Melbourne and Delhi, making it the sole airline that serves both northern and southern India.

To celebrate the route, Qantas has added Indian-inspired menu items to its inflight menu on the new Bengaluru services, such as Lamb Chettinad in Business and Paneer Makhani, Cumin Seed Pilaf, Green Peas and Beans Masala in Economy.

Fares return between Sydney and Bengaluru start from $1,320.

Qantas recently began the first phase of its codeshare agreement with IndiGo, India’s largest domestic carrier. IndiGo currently connects to 11 destinations from Bengaluru, including Mumbai, Goa, Kolkata, and Chennai. The codeshare will be expanded in the coming months, allowing Qantas customers to travel throughout India.

Qantas Frequent Flyers will be able to earn and redeem points on connecting IndiGo flights (QF code only) under the codeshare agreement, and IndiGo will recognise Qantas Frequent Flyer benefits such as priority check-in, additional baggage allowance, and priority baggage for tiered members (Silver, Gold, Platinum, and Platinum One).

Similarly, Qantas customers flying on IndiGo will receive the same baggage allowance as well as complimentary food and drinks. 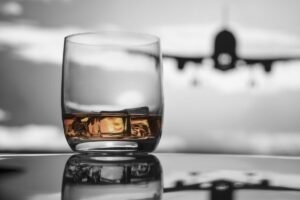