Wadia Group-owned no-frills carrier GoAir has temporarily suspends certain flights because of the inability of engine manufacturer Pratt and Whitney (P&W) and aircraft maker Airbus SE to deliver engines and aircraft till 9 March, the airline said on Thursday.

GoAir, which operates an Airbus A320 fleet, said it has carried out unplanned aircraft groundings in the last four weeks.

“Now, we have been informed by our business partners Airbus and Pratt and Whitney of their inability to deliver previously promised aircraft and engines through 9 March 2020 that were required to support our current growth,” the airline said.

“As a result, we have been forced to temporarily suspend certain flights that are part of our network… We have undertaken these suspensions as far ahead of time as possible to minimize the inconvenience to our customers who are our paramount concern,” it added.

A GoAir spokesperson didn’t comment on the number of flight cancellations by the airline. A spokesperson of Airbus India was not immediately available for comment. Pratt & Whitney didn’t respond to query.

“In light of the recent statement issued by GoAir, we are in touch with our on-ground team to understand the situation. As it is still at a nascent stage, we have not received many queries but we are monitoring the situation and its developments,” said Daniel D’souza, president and country lead, Leisure, SOTC Travel.

DGCA has set limitations to prevent fatigue among flight crew as it can potentially cause safety problems in the air.

The warning came on the heels of a cautionary diktat by the aviation regulator in December 2019 to the Mumbai-headquartered airline that resulted in several flight cancellations for successive days.

Meanwhile, DGCA has intensified safety checks following a spate of incidents involving airlines in India, though these have been classified as preventive steps.

At present, the number of A320neo (new engine option) aircraft powered by P&W engines with potential safety problems has risen to more than 130 in India. IndiGo and GoAir are the only airlines that operate A320neo planes using P&W engines.

The aviation regulator had recently extended the deadline to replace older P&W engines with modified ones on the Airbus A320neo aircraft by four months to 31 May.

Meanwhile, GoAir said it was on track to receive 12-15 aircraft each year till the end of 2025. The airline has placed orders for 144 Airbus A320neo aircraft.

GoAir’s existing fleet comprises 57 aircraft, including 42 Airbus A320neo and 15 A320ceo (current engine option) aircraft. It has around 600 pilots on its rolls. 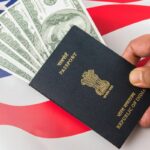