Results for the quarter ended June 30, 2020 included impairment losses totaling $9.7 million.  Those losses arise from appraised values for three regional jet aircraft that are held for sale; estimated sales proceeds for an older turboprop aircraft that is held for sale and which the Company expects to sell during the fourth quarter of 2020, and estimated fair value of two regional jet aircraft that are held for lease.  Results for the second quarter of 2020 also included $2.0 million of charges arising from the conversion of the Company’s revolving credit facility to a term loan in May of 2020, including a $1.5 million write-off of a portion of the Company’s unamortized debt issuance costs included in interest expense and $0.5 million of costs that is included in professional fees and other.

On May 1, 2020, the Company and the MUFG Credit Facility Lenders (“MUFG Lenders”) executed an amendment to the MUFG Credit Facility (as amended, the “MUFG Loan Agreement”) to convert the MUFG Credit Facility into a term loan facility (as converted, the “MUFG Loan”).  The amendment includes certain requirements and establishment of deadlines for achievement of milestones toward execution of Company strategic alternatives for the Company and/or its assets acceptable to the MUFG Lenders. The MUFG Lenders have the right to exercise any and all remedies for default under the MUFG Loan Agreement.  Such remedies include, but are not limited to, declaring the entire indebtedness immediately due and payable and, if the Company were unable to repay such accelerated indebtedness, foreclosing upon the assets of the Company that secure the indebtedness under the MUFG Loan, which consist of all of the Company’s assets except for certain assets held in the Company’s single asset special-purpose financing subsidiaries.

On May 20, 2020, JetFleet Management Corp. (the “PPP Borrower”), a subsidiary of AeroCentury Corp., was granted a loan (the “PPP Loan”) from American Express National Bank in the aggregate amount of $276,353, pursuant to the Paycheck Protection Program (the “PPP”) under Division A, Title I of the CARES Act, which was enacted March 27, 2020.  The PPP Loan, which was in the form of a Note dated May 18, 2020 issued by the PPP Borrower, matures on April 22, 2022 and bears interest at a rate of 1.00% per annum, payable in 18 monthly payments commencing on November 20, 2020. Funds from the PPP Loan may only be used for payroll costs and any payments of certain covered interest, lease and utility payments. The Company intends to use the entire PPP Loan amount for qualifying expenses. Under the terms of the PPP, certain amounts of the Loan may be forgiven if they are used for qualifying expenses as described in the CARES Act.  No assurance can be provided that the Company will obtain forgiveness of the PPP Loan in whole or in part.

“During our second quarter, the COVID pandemic’s impact continued to play out more fully,” explained Michael Magnusson, President of AeroCentury Corp.  “Airlines around the world drastically reduced their operations or ceased operating entirely. Many defaulted on lease payments or demanded rent concessions,” Magnusson continued.  “As a result, aircraft lessors have experienced increasing difficulties meeting financial obligations to their lenders.  AeroCentury is no exception. A number of our customers were unable to make rental payments during the second quarter, which dramatically reduced the Company’s free cash flow.    The pandemic also delayed sales of surplus assets anticipated to close in the second quarter.  Finally, the worldwide decrease in demand put significant downward pressure on our aircraft valuations, which required the Company during the last quarter to re-appraise our aircraft and take significant asset value write-offs, which further eroded our performance.   All of these factors continued to negatively affect the Company’s ability to comply with its debt obligations.”   Mr. Magnusson continued, “To meet the unprecedented impact that the pandemic has had on the Company, we have enacted cost-cutting measures, including reductions in overhead and office space, and we continue to work closely and cooperatively with our defaulting lessees and our lenders to negotiate a workout of our customers’ lease defaults and to restructure our debt obligations accordingly.  Many great challenges lie ahead, but we remain hopeful as we are beginning to see signs of adaptation by airlines and passengers to the post-pandemic world and of a slow but steady recovery of the airline industry.”

(1) EBITDA is a non-GAAP measure.  See below for its method of calculation and reconciliation to its most directly comparable GAAP measure, as well as other information about the use of non-GAAP measures generally, at the end of this press release. 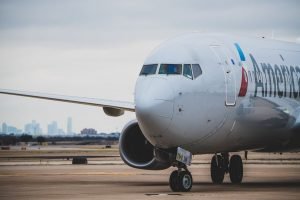 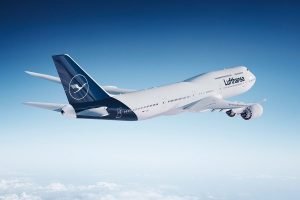 Lufthansa Issues Bond In The Amount Of 1.6 Billion Euros 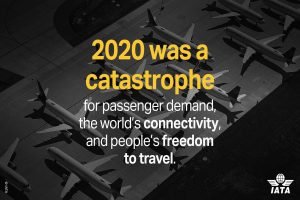