Indian Railways is one of the largest rail networks in the world and consists of goods, passengers, tourists, suburban trains, toy trains, and luxury trains. IR has 4,337 train stations operating in a network of several meters, widths, and gauges. Railways in India are divided into 16 zones and the locomotives are made up of electric and diesel locomotives.

Here are 51 Interesting and Must Know facts about the Railways of India:

Indian Railways is the largest rail network in Asia and the world’s second-largest.

1. The First train on Indian soil ran between Bombay and Thane on the 16th of April 1853.

2. The New Delhi Railway Station has secured a place in the Guinness Book of Records for having the world’s largest Route Relay Interlocking System.

4. Indian Railways is one of the world’s largest employers with over 1.4 million people.

5. Bhopal Shatabdi Express is the fastest train in India, operates between New Delhi and Bhopal Junction.

7. Venkatanarasimharajuvaripeta railway station has the longest name among all stations on the Indian Railway system.

9. The Rajdhani Express trains get the highest priority on the Indian railway network.

10. Gorakhpur Junction railway station has the world’s longest railway platform with a length of 1,366.33 m.

11. The Slowest train in India is the Mettupalayam Ooty Nilgiri passenger train.

12. Kolkata Metro zone of Indian Railways will run 1,500 ft underwater metro in India under the Hooghly River between Mahakaran and Howrah station.

13. The Fairy Queen between New Delhi and Alwar in Rajasthan is the oldest functioning steam engine in the world.

14. Trivandrum HNizamuddin Rajdhani Express covers a distance of 528 km without a single stop.

15. Nilgiri Mountain Railway a single track and only rack and pinion rail systems operate in India.

16. Chhatrapati Shivaji Terminus is considered to be the most beautiful train station in India.

17. The Maharaja Express is the most expensive luxury train in India.

18. Howrah is the busiest railway station in the nation train frequency of 974.

20. Chenab Bridge will be the world’s tallest railway bridge under construction in Jammu and Kashmir.

21. Vembanad Rail Bridge of Kerala is the longest rail bridge in India with a total length of 4.62 km.

22. Pir Panjal Railway Tunnel is India’s longest railway tunnel with a length of 11.215 km in the middle Himalayas.

23. Ib Railway station of Odisha has the shortest name of all stations on the Indian Railways system.

24. Konkan Railway Train Route is the most beautiful train route of Indian Railways.

25. The Kashmir Railway is the most difficult railway line project of Indian Railways.

26. Mumbai Suburban Railway is the oldest railway system in Asia.

27. The Delhi Metro is India’s first modern metro and facilities with the most advanced technologies.

29. The Rail Museum in Delhi is the largest in Asia.

32. Loco-pilots are paid more than an average software engineer in India.

33. If the tracks of Indian railways were to be laid out, they would circle the earth almost 1.5 times.

34. Indian Railways is a massively successful organization running 11,000 trains in a day.

35. Mathura junction has the maximum number of routes emerging from it.

36. The Diamond crossing in Nagpur is one-of-its-kind in India, from where trains go East, West, North, and South.

37. Howrah-Amritsar Express has 115 stops, the record maximum for an Express train.

38. The Guwahati Thiruvananthapuram Express holds the record for being the most unreliable long-distance train on the Indian Railways network.

40. The Railway station of Navapur is built in 2 states; one half of it is in Maharashtra and the other half is in Gujarat.

42. The Trains got toilets after Indian Railways completed about 50 years.

43. Indian Railways has a mascot – Bholu, the Guard Elephant.

46. The Famed Darjeeling toy train, which is still running on its indigenous steam engine, was built by India’s British colonial master in 1881.

49. Samjhuata Express was the first international border train in India. 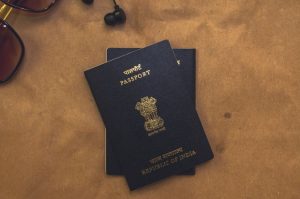 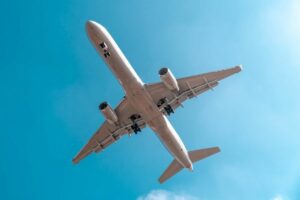